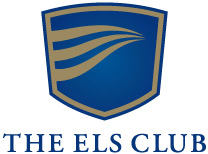 The Els Club Teluk Datai is being touted as Southeast Asia’s most exotic golf experience and opened for play in 2014. It was immediately voted the ‘World’s Best New Golf Course’ at the inaugural World Golf Awards, part of the World Travel Awards – known as The Oscars of the travel industry.

Located amongst some of Malaysia’s most spectacular landscape, the course is nestled within a centuries-old rainforest with towering lush tropical foliage, offering the finest golfing experience to avid golfers. Coupled with the renowned service standards and course conditions provided by global golf management leaders Troon Golf, The Els Club Teluk Datai has set its sights high, with a clear aim to redefine Southeast Asian Golf. There are many striking features to the Els Club Teluk Datai that make it unique, be it the proximity to both a million year old rainforest, the indigenous plants, the Macaque and Dusky Leaf Monkeys that roam the flanks of the golf course as well as the picturesque shores of the Andaman sea.

The golf course officially opened for play on 28 October 2014 when Ernie was joined by Her Majesty Raja Permaisuri Agong Tuanku Hajjah Haminah, The Queen of Malaysia (pictured below ‘high-fiving’ with Ernie as they played together on the day) . Ernie then struck the opening tee shot on one of the world’s most hotly-anticipated new courses. “It was an honour to hit the opening tee shot alongside Her Majesty and I would personally like to thank all of those in attendance for their support in what we are confident is set to become one of the world’s most revered golf course designs,” commented Ernie.

Having already been voted the region’s ‘Best Golf Course’ at the 2014 Asia-Pacific Property Awards, The Els Club Teluk Datai had gained unprecedented interest among the world’s golfing media and industry officials. The awards haul was then boosted with news that it had been voted the ‘World’s Best New Golf Course’ at the inaugural World Golf Awards, part of the World Travel Awards – known as The Oscars of the travel industry – which celebrates and rewards excellence in golf tourism, world class courses and golf destinations.

Nestled between ancient rainforest and the Andaman Sea on the iconic island location of Langkawi, the 18-holes championship course will serve as a focal point for the award-winning Datai Langkawi resort, which is a favourite amongst international travellers. “We thought long and hard about the location of our first Els Club in Asia and in DRH have found great partners to help create a course that will have worldwide appeal for many years to come,” added Ernie. “This is, without doubt, the most spectacular golf course setting I have had the pleasure of working on and it was gratifying to see everyone’s reaction at the official opening and to hear their comments on seeing this course. They were really blown away by the sheer beauty of the location and the quality of the layout.”

Back to whole map