PALM BEACH GARDENS, FLORIDA, March 16, 2020: ASM Scholarship, an affiliate company of The Ernie Els Group, is proud to announce the appointment of ex-Springbok coach Heyneke Meyer (pictured above) as senior advisor and his son Vic as scout.

“I’m incredibly excited and honoured to join my friend Ernie Els and the ASM team”, comments Meyer. “I’ve always coached to make a difference in people’s lives, so by joining ASM I believe we can give young people the opportunity to realise their dreams. It’s important for me to give back, and to see young South Africans perform on the global stage would be a very satisfying sight.”

Among his long list of career accolades, Meyer is a former Springbok head coach who also guided the Blue Bulls to three consecutive Currie Cup titles from 2002-04. In addition, he was the first South African rugby coach to win the Super Rugby title. He and his son Vic are highly respected within the international rugby community and closely connected with the country’s high school athletes – in other words, the perfect father and son duo to help identify and nurture young talent.

“I want to personally extend a warm welcome to Heyneke and Vic,” comments Ernie Els, who himself entered into a partnership with ASM in 2017. “We’ve been great friends for a long time and Heyneke’s list of accomplishments in international and club rugby basically says it all. Obviously, it’s wonderful to have them both on board. Alongside Bryan Habana, we now have three of South Africa’s biggest stars on the ASM team. That’s how serious we are about creating opportunities in the US for our talented, young, homegrown athletes.”

In 2019, ASM placed 173 students from 48 different countries at some of the top colleges in the US. The sports in which they received scholarships included soccer, golf, rugby, tennis, basketball, track and field, swimming, diving, rowing, football, baseball, volleyball and ice hockey. ASM also signed agreements with Curro Schools in South Africa, as well as Sir Nick Faldo’s academy, the Faldo Series.

“This initiative with ASM is already producing wonderful results,” says Ernie. “Everyone on the team, at the Els Group and obviously at ASM, is proud to be able to help these kids fulfil their very own ‘American Dream’ by competing against the best in the world and more importantly receiving an education.”

Click https://youtu.be/MReJbgg-3u4 for testimonials from some of our athletes. 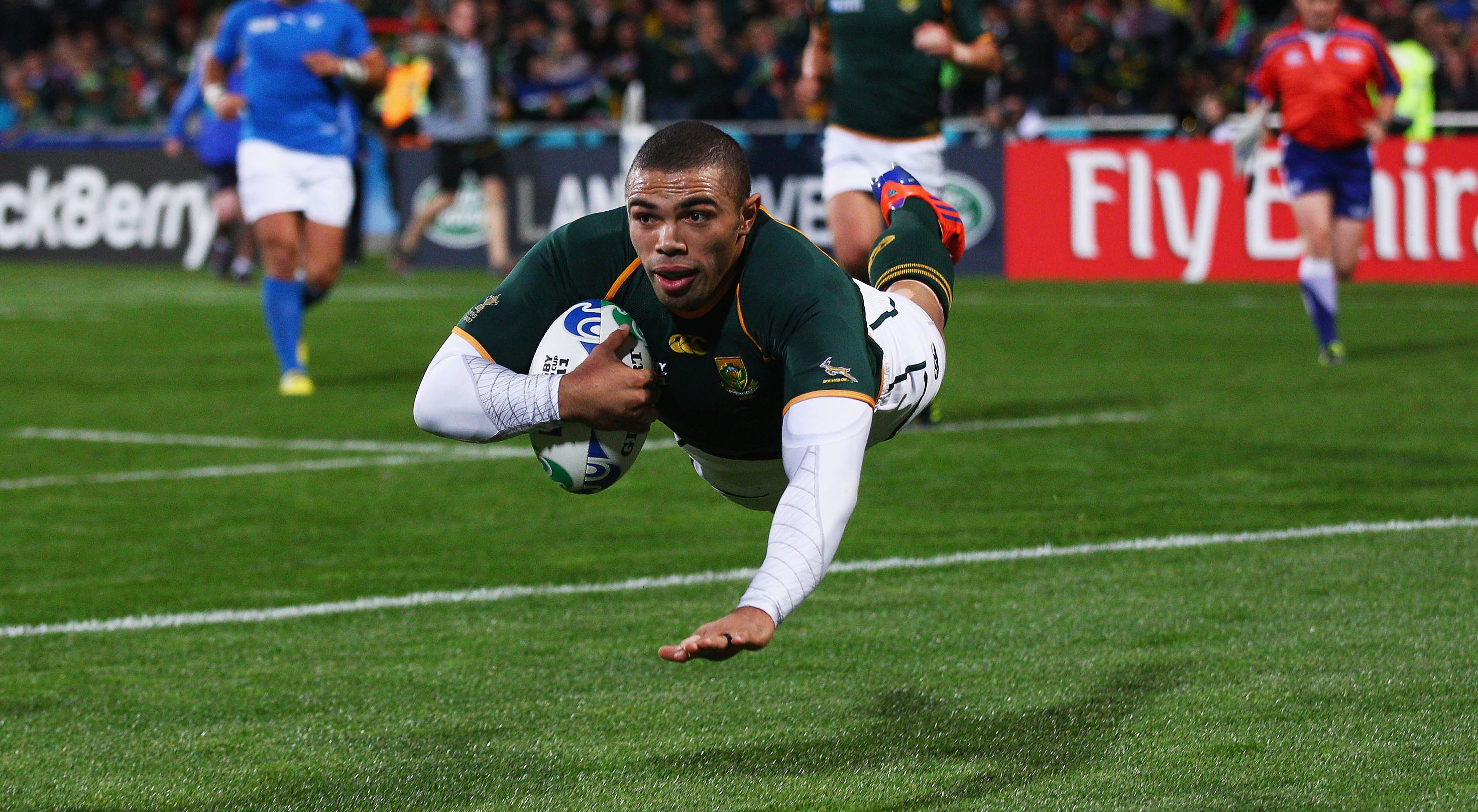 during the IRB 2011 Rugby World Cup Pool B match between South Africa and Namibia at North Harbour Stadium on September 22, 2011 in Auckland, New Zealand.