We just enjoyed a really nice couple of weeks in the Far East, capped by a lovely day in China with my sponsor Pacific Links International, so this feels like a good time to fill you in on all the latest news and so forth.

My PGA TOUR campaign is properly up and running having played the first two tournaments on the 2018/19 schedule, the CIMB Classic in Kuala Lumpur followed by the CJ CUP @ NINE BRIDGES on Jeju Island in South Korea. Big thanks to the sponsors; obviously very thankful for the invite to play in these fine tournaments. Thanks also to the fans and all the volunteers. These events are extremely well run and very enjoyable from the players’ perspective.

And putting my Presidents Cup captain’s hat on for a moment, it was good to play with Shubhankar Sharma, talk to Sungjae Im and see a few of the other youngsters out there. These kids are for real. There’s a long way to go, but these young guys will be the core of our team. We’re looking at a very interesting new group of players that might make the trip to Royal Melbourne, a very diverse group, maybe as many as seven or eight nations represented. It’s an exciting prospect.

I’m pleased to say there was also plenty about my game to enjoy, shooting 14-under par for the two weeks and hitting a lot of good solid shots. Let’s see if we can generate some momentum now. As I’ve said before, the motivation and desire are still there and I’m working hard keeping myself in good shape physically.

One thing on the near horizon that I’m particularly looking forward to is a debut appearance in the AfrAsia Bank Mauritius Open at Anahita Four Seasons Resort, an Ernie Els Design golf course. It was a privilege to create this layout (pictured below) and we’re thrilled with how it has matured these last 10 years. One of its strengths is that we were able to maximise the visual impact of the surrounding scenery, but at the same time preserve the coastline’s natural beauty. The hole routings move in and out of the trees, along the water, and back, giving players great variety and magnificent views of the ocean. It’s going to be a lot of fun playing it in tournament conditions. 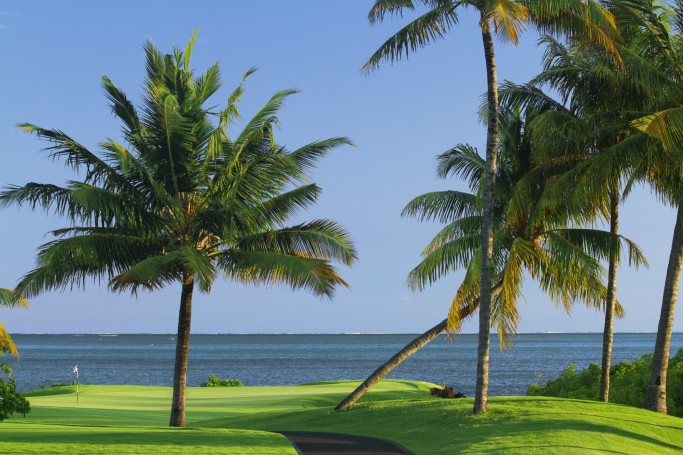 Straight after that we play the South African Open hosted by the City of Johannesburg, a tournament which this year moves back to Randpark Golf Club for the first time since 2000. And for the first time ever, this championship is tri-sanctioned between the Sunshine Tour, European Tour and Asian Tour. As official player-host, and someone who obviously loves this tournament, it’s a pleasing development. These past few years we’ve made good strides in making this tournament one of the great championships of world golf again. This is another important step in this process, with a major internationally-recognised city such as Johannesburg aligning itself so strongly with our national Open. It’s going to be a special week and, as always, one that all South Africans can be proud of.

Before all of that, though, we’ll be at The Breakers here in Florida for the Grand Finale of The Golf Challenge. Once again, our wonderful family of fundraisers, sponsors and partners, has helped us smash through our annual $2.5 million fundraising target and this event is a way for Liezl, myself and the rest of the team, to say a huge thank you. It’s also a lot of fun! Maybe you’d like to think about getting involved in next year’s Golf Challenge, a series of regional golf days at top-rated courses across the United States and Canada. It’ll soon come around! All the information you need is here on the website: http://www.e4agolf.com.

One final thing, as you may have seen, we just launched our Els Energy Bar (pictured below) into the marketplace. It’s been in the pipeline a while and actually we’re pretty excited about this product. You can read all about it at the official website: https://elsbar.com.