There’s lots for me to catch you up on since the last report, with plenty of activity on and off the course.

Tournament action first. We started the new year in the Middle East for a couple of stops on the European Tour’s Desert Swing. We were in Dubai for the 30th playing of the Omega Dubai Desert Classic. I’ve been playing there for most of the last 25 years myself and have been blessed to win on three occasions. It’s always great going back, seeing old friends, and it’s wonderful to see the changes that have gone on there in the last quarter century. It’s amazing actually! And the Majis golf course is still one of my favourites on Tour.

I made a very nice start to the week, shooting 11-under the first two days. The weekend wasn’t so great, but overall I was pleased. The swing felt good and my emotions were good. I can take a lot of positives from that. It would have been nice to make those putts on the final two greens; it would have meant a top-3 finish. In fact, someone told me that it would have been my 300th career top-10. That’s good to hear. It also reminds me that I’ve been a professional for a very long time! As people know, I’ll be 50 in October, so I’ll try and have a strong year, enjoy it, but also work hard. You know, just keep the foot on the pedal; that’s always been my mindset and there’s no reason to change any time soon.

After Dubai we moved on to the inaugural Saudi International at the beautiful Royal Greens Golf & Country Club. From a golfing perspective, it was a disappointing couple of days for me. The wind picked up on Thursday afternoon, which made scoring tricky, then on Friday I didn’t quite get to grips with the greens and obviously that impacts on your score. I hate to miss cuts now just as much as I did at the start of my career.

But bigger picture…this was an interesting week. I got the sense that all of the guys were happy to be there, supporting the European Tour and its ongoing mission to embrace new countries and cultures, engage with new fans and basically spread the game of golf. Surely that’s a sentiment we can all get on board with. In many ways you can draw parallels with what happened in Dubai 30 years ago. Since the first Desert Classic in 1989 we’ve seen a bunch of new golf courses open across the UAE region, including our very own Els Club Dubai (pictured below). Who knows how many golfers have been introduced to the game as a result, not to mention the new jobs created. And look at the strength of the tournament scene there. The ‘Desert Swing’ is one of the European Tour’s great success stories. 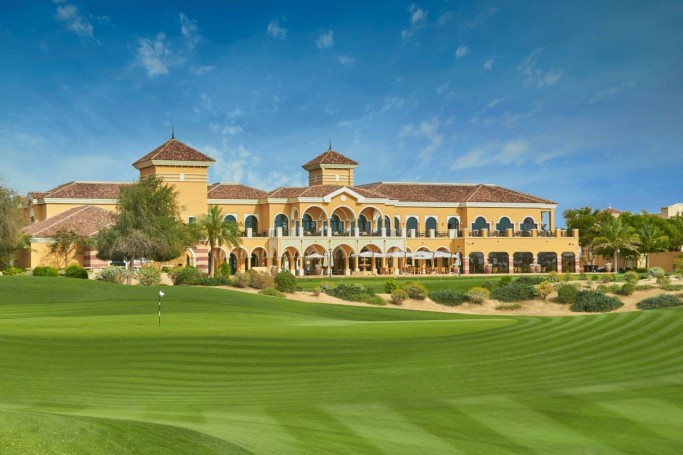 Moving on now to another success story, The Els for Autism Foundation last week announced the schedule for the 2019 Golf Challenge, which is now in its ninth year. Amazing how the time flies. And, as I said, what a success this has been. We’ve raised over $21.5 million since our first edition in 2011. Liezl, myself and the rest of the team are so grateful to our family of golfers, fundraisers, donors and sponsors. Special mention to organising sponsors SAP and Wine Spectator. You’ve all been incredible and it is so humbling for us. You should know your charity dollars are making a positive impact every day on the lives of individuals with autism spectrum disorder and their families. That’s the ultimate. That’s why we do this. Anyway, this year’s schedule has some wonderful venues, some iconic courses, and we’d love you to join us somewhere along the line. Click here for more information, including the full schedule of events. Thank you again for your support and maybe I’ll see you at the Grand Finale later this year.

Okay, so back to the tournament scene briefly. The next couple of weeks is exciting for me, as we’re at two of my favourite venues in world golf – Pebble Beach (pictured top) for the AT&T Pebble Beach Pro-Am, followed by the Genesis Open at Riviera CC. After that, we’ll then switch our attentions to the PGA TOUR’s Florida Swing, another little stretch of very fine tournaments close to home that I always look forward to.