It was obviously a great week at Prestonwood Country Club, winning the SAS Championship, my second victory in 10 starts on the Champions Tour.

It’s a crazy game, eh. A couple of weeks ago I missed a very short putt on the last green at Pebble Beach to miss out on a spot in a playoff…and this weekend I make a 40-footer on 18 to win. Figure that one out!

I felt pretty happy with my game after the first couple of rounds, shooting 70-68, but obviously we had a lot to do on Sunday. There were so many guys bunched at the top of the leaderboard. I had 64 in my mind. I was coming from 6-under, I reckoned 14-under was maybe a good score, but then the conditions helped out and it became really tough. So, 66 just squeaked in there. 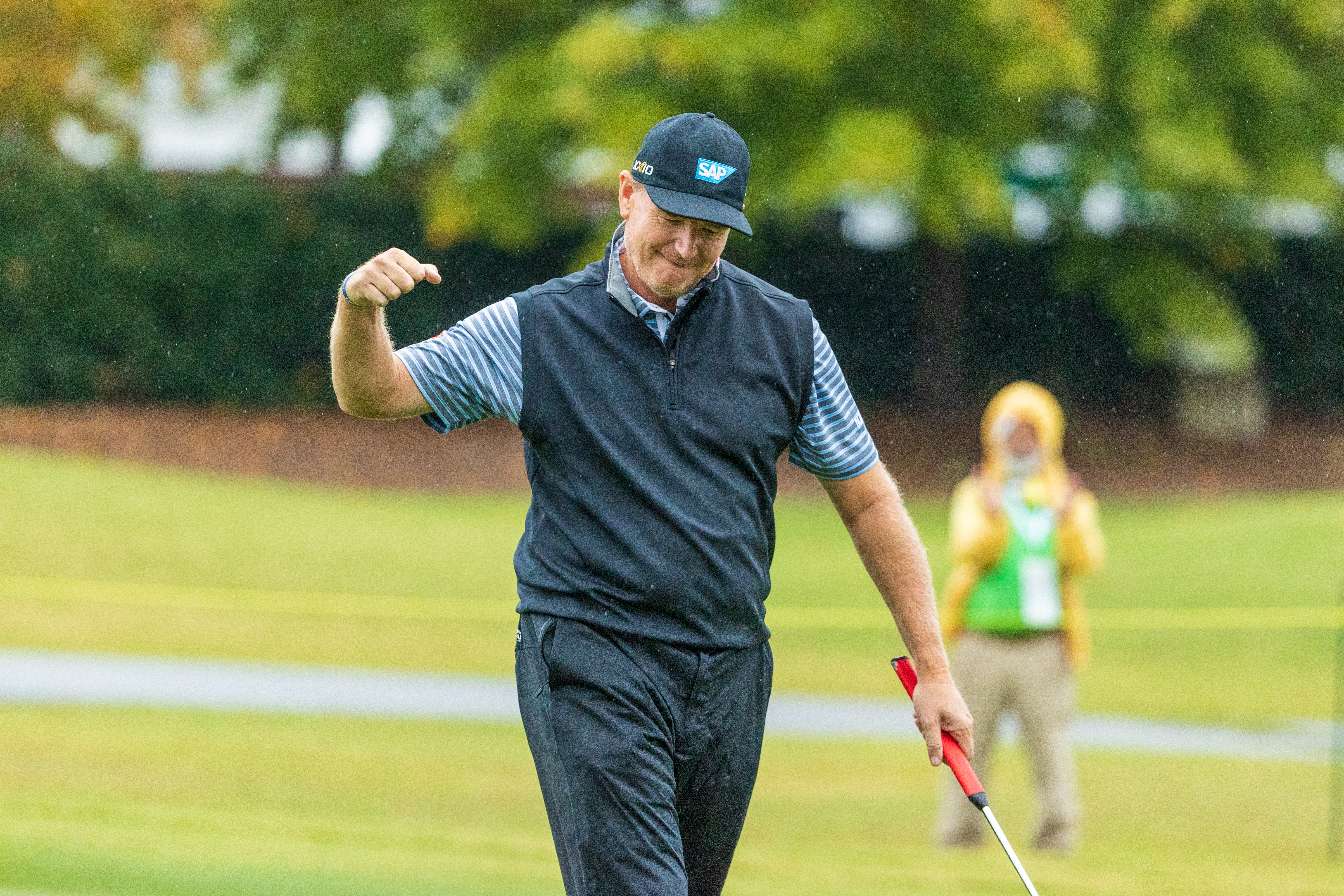 Putting was the key on that back nine and I have to thank Mark O’Meara for some advice he gave me. Just by chance I saw him on the putting green the other day and we started chatting. He uses the same putter that I use, so we started talking a little bit and I said, `Hey, have a look here.′ Mark’s always been a great putter and knowing a man that long, he gave me a nice assist. He told me what he felt I should do and here we are with the trophy. So, I owe Mark.

Winning does wonders for your confidence and your motivation, so I’m excited there’s no break and we can tee it up again this week at the Dominion Energy Charity Classic at The Country Club of Virginia. Then it’s a week off before we play at Boca and then the Charles Schwab Cup Championship in Arizona.

All in all, it’s been kind of an eventful few months, with me also making three aces in the space of six weeks, the last at Pebble Beach. That was the 19th hole-in-one of my career and, like I said before, golf’s a crazy game. Normally, you make a hole-in-one every three years. I made one every two, three weeks, so it’s ridiculous. That week I definitely felt like I should have gone to the casino, because maybe there’s a bit of luck involved.

Then away from the golf course I was very proud last month to accept honorary membership of the R&A. My whole career I have always had the utmost respect for everything they do, administering the rules and doing an incredible job supporting and promoting golf at every level around the world. The R&A runs some of our greatest championships, including The Open, and I’m proud to have been able to play a part in its celebrated history. To be given honorary membership is something I’ll cherish for the rest of my life.