This is my first update in a little while, so let’s get you up to speed with everything that’s been happening on and off the golf course.

Tournament wise, it’s been a busy stretch. I’ve played eight tournaments in the last 10 weeks. After such an interrupted schedule this past 18 months, it has felt good to get back into a bit of a competitive groove, so to speak. Up until a couple of weeks ago I’d been playing good, but lacking a bit of consistency, which was frustrating. 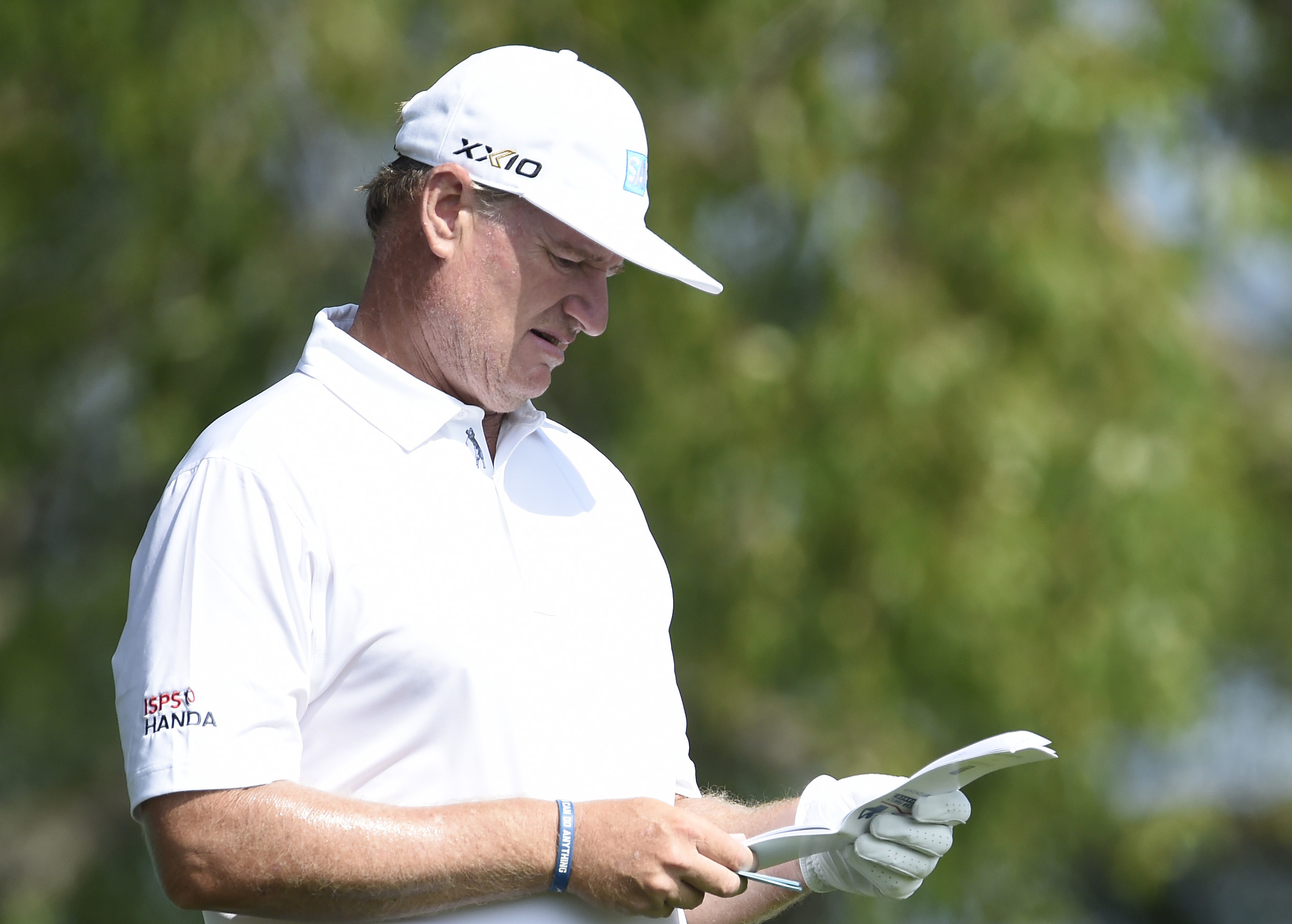 The last two weeks have been different, though. My game has felt sharper, a more consistent scoring pattern, and the results reflect that. Top-5 at the Bridgestone Senior PLAYERS and then had a good chance to win at En-Joei last week. The first few rounds there, I hit a lot of greens and made some putts so obviously that’s the kind of combination that always produces good numbers. I didn’t play as well as I’d have wanted in the final round, but still had a chance coming down the stretch. The only disappointing thing for me was my second shot on 18, leaving it short and then leaving the birdie putt short, too. That stung a bit.

But I’m definitely taking the positives away from the past couple of weeks and feel really upbeat about my next run of tournaments. As I said, my game feels in good shape and hopefully that’s ideal timing because we now have three majors in consecutive weeks – the US Senior Open this week (pictured below), followed by the Open Championship at Royal St George’s on the Kent coast in England and then the Senior Open at beautiful Sunningdale Golf Club just outside London.

That’s an exciting prospect…and not just on a golfing level. We haven’t been to England since the start of the pandemic, so I’m looking forward to being back there. We’ll take a little vacation for a couple of weeks after the Senior Open, so we can make the most of the trip. Usually we go to Wimbledon to watch the tennis a couple of days, but the timing isn’t right this year. We’ll have to settle for seeing it on television. My next tournament after that little break will be the Boeing Classic in Seattle. That’s always a really good week.

Away from the tournament scene, Ernie Els Wines just launched its 2015 vintage of our Signature wine. It has received great reviews and high ratings in the wine trade and specialist media, which is a tribute to the skills and dedication of Louis Strydom and his team. Sadly there’s an alcohol sales ban in place in South Africa at the moment, due to Covid restrictions, but we’re obviously keeping our fingers crossed that it’ll be lifted soon. And for everyone else, it’s worth noting that our wines are available internationally so you can order online here if you fancy conducting your own taste test…I highly recommend it!

Regular readers of this blog will know that ASM Scholarships has been going from strength to strength since we set-up the company in 2018; we now have over 1,000 students in the program and one of them, Shaun Maswanganyi, last month qualified for the South African Olympic team in both the 100m & 200m, a fantastic double. We wish him every success in Tokyo.

On that subject, big congrats also to Garrick Higgo and Christiaan Bezuidenhout, a former Ernie Els & Fancourt Foundation member and multiple TOUR winner, who will represent Team SA in the men’s Olympic golf competition in Tokyo.

Finally, be on the look out for some upcoming social media campaigns from two of my sponsors, Clif Bar and Maui Jim. They’ve got a lot of good stuff in the pipeline. You can follow them starting with the links below.